Latest information about our service during the coronavirus outbreak, Click here

The American oil revolution is bringing lower prices and plentiful domestic supplies. But that’s just the beginning. A new formulation of heating oil is becoming available that burns super-clean, is ultra-efficient and is infused with renewable BioHeat. 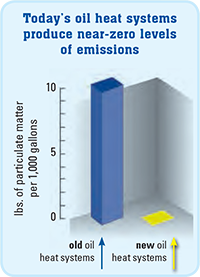 While solar energy and wind power continue to capture headlines for their potential, one of the exciting developments in the energy world has been the expanded use of BioHeat® fuel.

This is a combination of low-sulfur heating oil and biodiesel, which is made domestically from dozens of natural sources, including soybeans, sunflowers and pumpkin seeds.

As the most refined grade of heating oil, BioHeat® fuel burns significantly cleaner and has little negative impact on the environment. When used with a technologically advanced oil heat system, it produces near-zero levels of particulate matter during the combustion process.

What’s more, BioHeat® fuel is made in America and requires no modifications to your existing system.

Production is up, prices are down

The new American oil revolution is now a reality. Domestic oil production just reached its highest point in 43 years! As a result, most experts expect oil prices to stay lower for the foreseeable future. 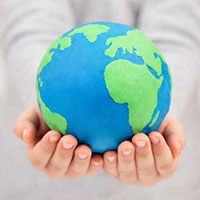 The oil heat industry continues to make technological breakthroughs that promise a new era of higher efficiency and bigger savings for everyone fortunate enough to heat their home with the new heating oil.

Competent and timely service. All team members explained and completed tasks well. Thank you for a job well done!